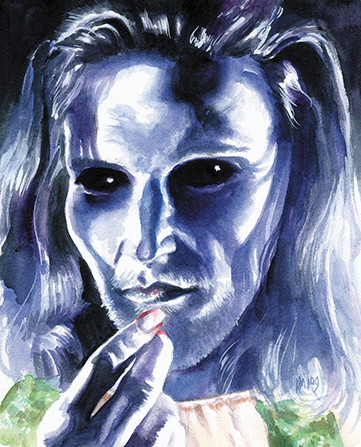 “Be gone, vulgar one. I am best not trifled with. Return to your petty games.”

The origin of the strange Kiasyd bloodline have been lost to the passage of centuries, but their affection for pomp and their curious powers lead some Cainites to suspect that their roots lie with the Lasombra. The most pervasive theory attributes their creation to unholy experimentation with the blood of the Wild Ones and forbidden deals made with demons. Whatever the thruth, the result is one of the strangest consanguinities of vampires in the World of Darkness.
Kiasyd are scholars and keepers of secrets. They tend to be observers rather than taking an active part in acts such as War Parties. But their inquisitive natures hide devious, twisted personalities, warped by massive amounts of forbidden lore and probably the fae blood that contributed to their initial creation. In fact, some Kiasyd are rumored to be addicted to the blood of the changelings, drawing sustenance only from its magical nourishment rather than the pale, tepid taste of mortal blood. Other Kiasyd are suspected of even more perverse tastes … 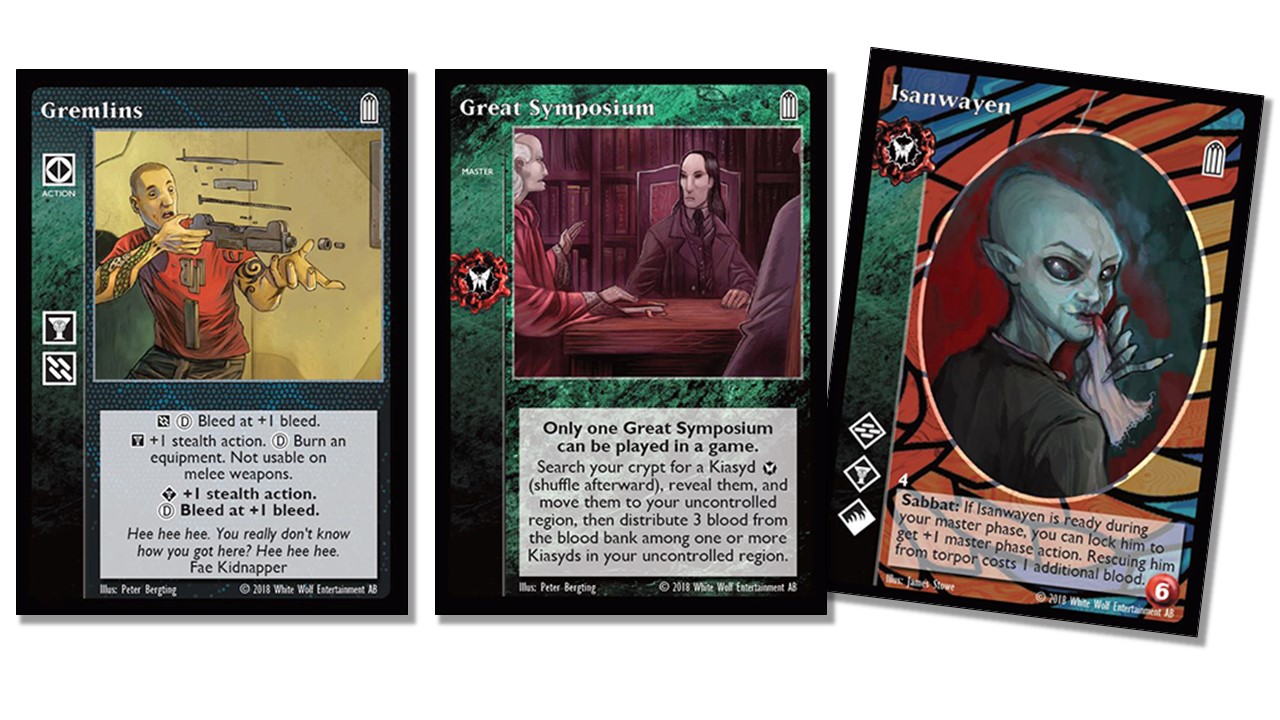 The cards in Heirs to the Blood reprint bundle 2 that relates to Kiasyd are: 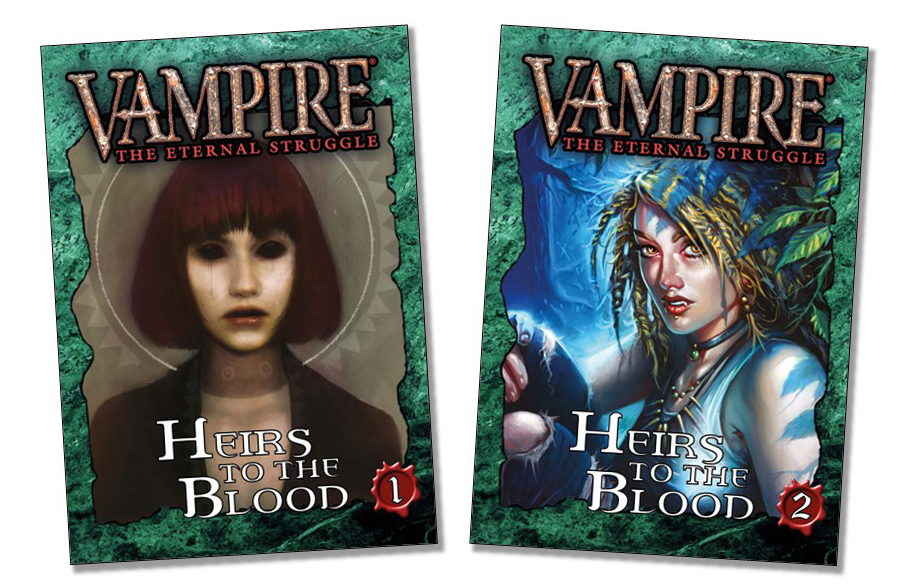